“Although any point along the Ganga can serve as a pilgrimage site, a number of especially powerful thirthas (sacred crossings) along her banks allow pilgrims to cover multiple spiritual bases with a single visit. Banaras is the largest and most visited of these thirthas, presenting itself as Kashi (“the luminous”), an otherworldly abode that rests Shiva’s trident and grants instant liberation to all who die within its boundaries.”
-Skanda Purana 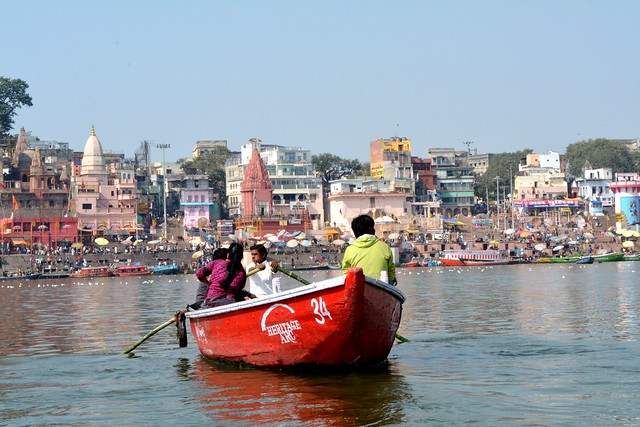 My last visit to Benaras was pretty brief, but it was long enough to soak in the essence of the Ghats. The ghats form the most intriguing part of the city. The mornings witness the place crowded with Pundits and Sadhus performing various Pujas while the same spots are converted into seats to witness the grand Ganga Arati in the evening. Some ghats are exclusively for mourning the dead and some carried extremely interesting histories. A lazy boat ride from Dashashwamedha Ghat to Assi was almost like a trip to heaven for my soul. Although Benaras is home to eighty-seven ghats, passing by a few was an extremely soul satisfying experience. The gentleman who rowed the boat was kind enough to be our guide through the journey. Here’s listing some of the most interesting ghats. 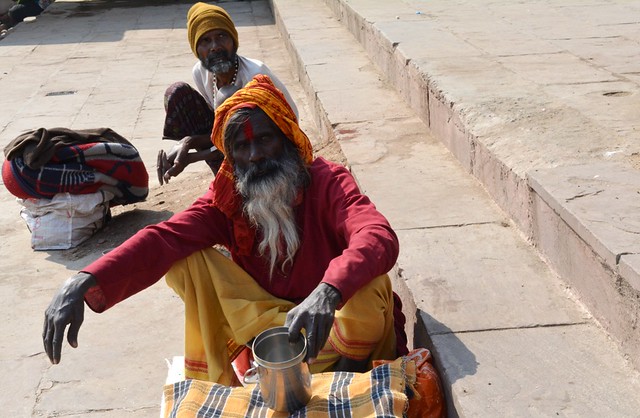 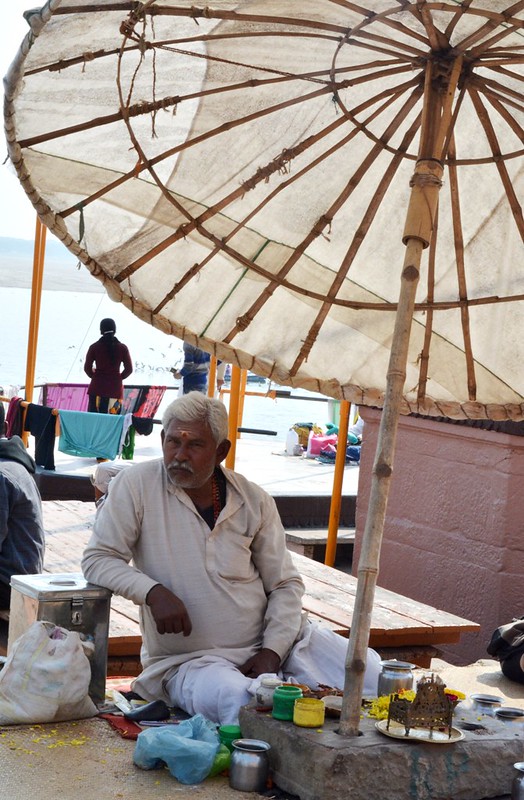 1. Dashashwamedha Ghat
This is one of the most important ghats, always bustling with activity. Legend has it that this was the ghat where Lord Brahma performed the Ashwamedha (Horse) sacrifice with Dasa (ten) horses. Hence the name Dashaswamedha. Besides the interesting history, this ghat witnesses one of the most magnificent Ganga Aarti (offerings to the Ganges). 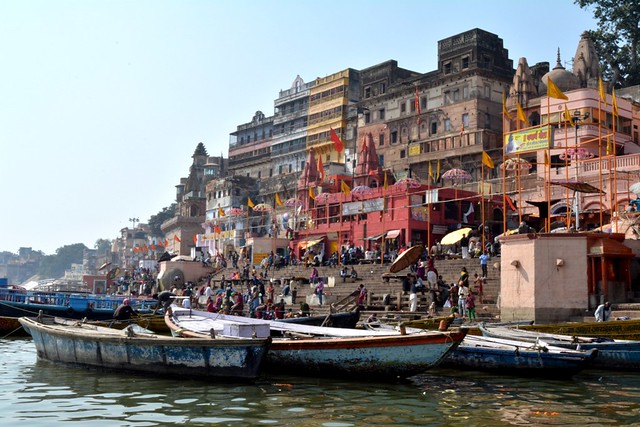 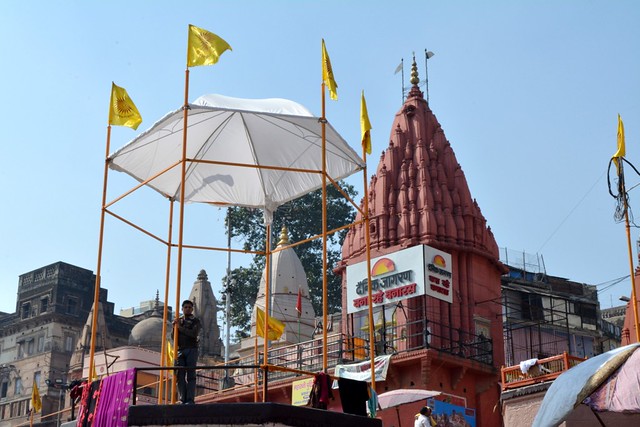 2. Rana Mahal Ghat
Built in the year 1670 by Rana Jagatsingh of Udaipur, this ghat reflects the grandeur of Rajasthani architecture. 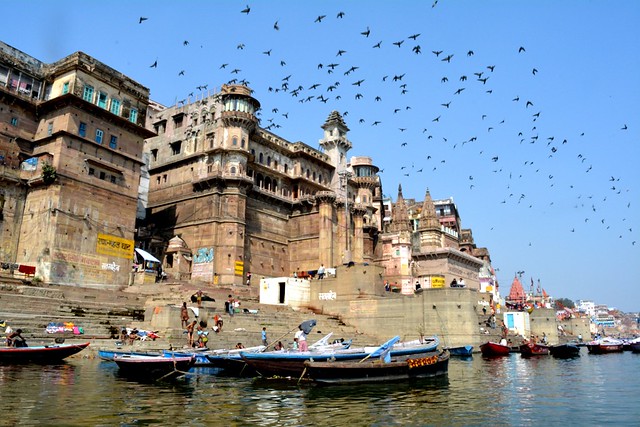 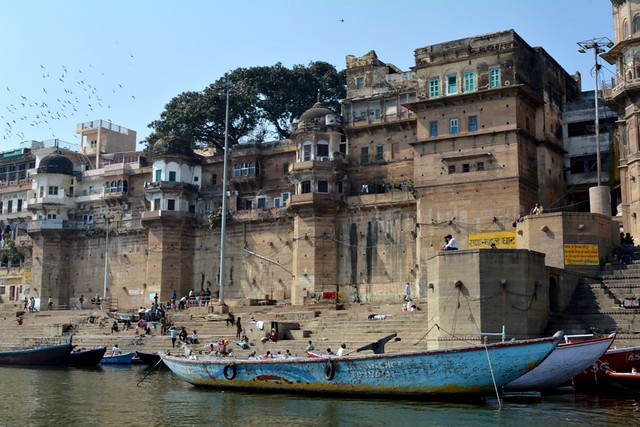 Narad Ghat
This ghat has a very interesting belief associated with it. It is believed that any couple who bathes in this ghat would end up in an argument/fight. Incidentally, two ghats south is the Kshameshwar which is believed to bring peace within the couple even if they accidentally end up bathing in the Narad Ghat. 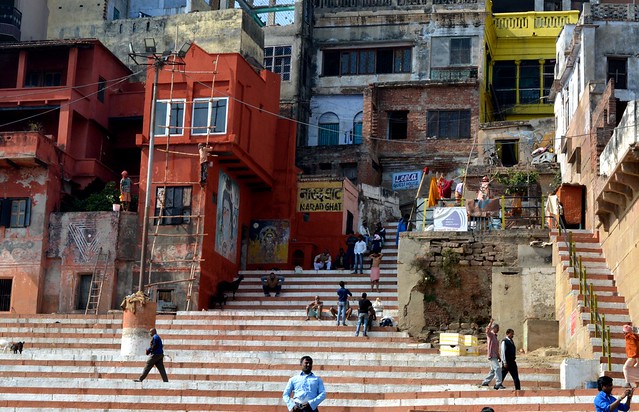 Babua Pandey Ghat
Built in memory of wrestler Babua Pandey in the year 1805, it is one of the calmest ghats and is a present day Dhobi Ghat. 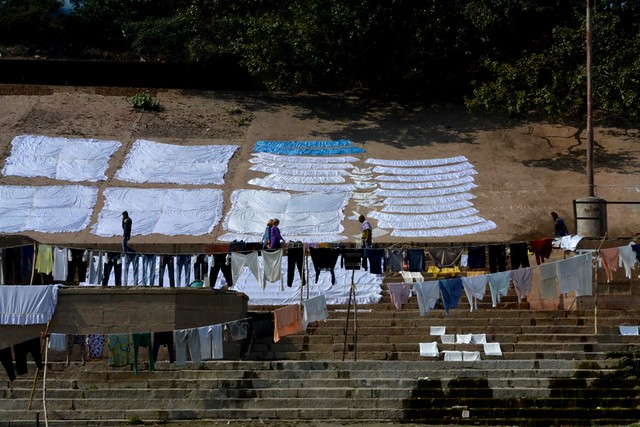 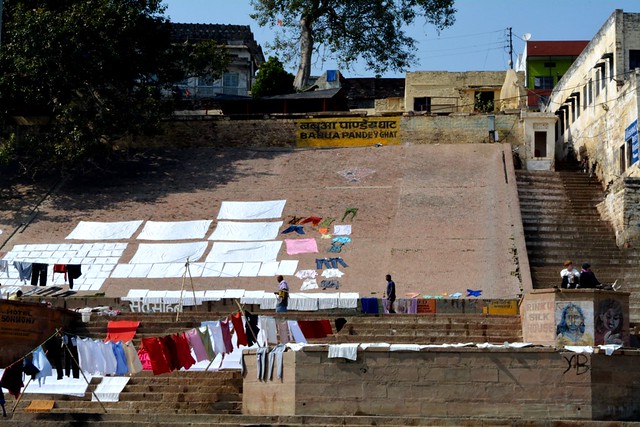 Lali Ghat
As our boatman/guide told us, this ghat was used by the Brahmins of Benaras for practising Yoga. 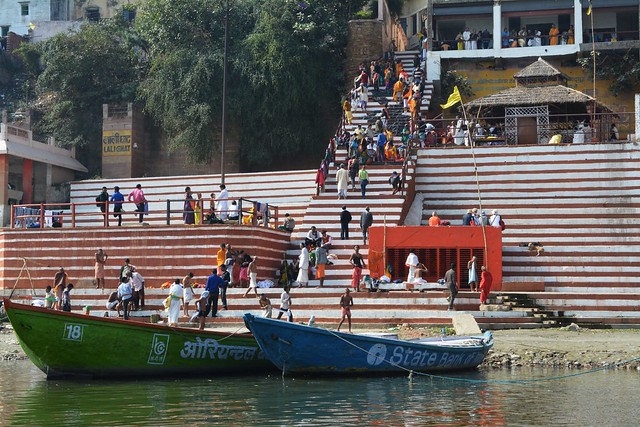 Harishchandra Ghat
This ghat is one of the two mourning ghats where the dead is cremated. The ghat earned its name from mythological king Harishchandra who was rewarded for his honesty by the gods. It is believed that people who are cremated here attain salvation. As we passed the ghat, we saw a couple of pyres burning and I could not gather myself to click a photograph.

Assi Ghat
Last, but not the least is the Assi ghat. This is where the River Ganges meets the river Assi.

On that note, Ganga has an interesting journey. From the glaciers to the Bay of Bengal, she crosses so many lands, meets rivers and leaves a part of herself with each one of them. She reminds me of life in general. We are all born for a journey where we go to places, meet people, only to part with them and continue for a greater journey. 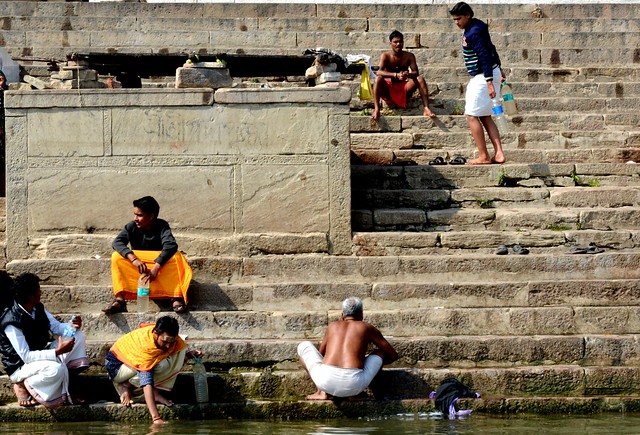